Hitting the pavement during a sunny say in Seattle is exhilarating. I decided to do just that last night. What began as a short run along Lake Union ended up being a full loop around Lake Union for 6 miles. Not too shabby for someone that doesn’t really enjoy running outside. My boyfriend, Joe, is training for a full marathon and I, myself, am supposed to be “training” for another half marathon. Have I started training yet? No, not really. Should I? Yes, yes I should. I’m going to start trying to run outside more often, as there really is nothing better than breathing the fresh Seattle air.

View from our deck:

After the run last night, I was absolutely famished! I had found out that Yogurtland had opened up in the Capitol Hill neighborhood of Seattle, and that was definitely top of mind. 🙂 Yes, I admit that I have a slight obsession with self-serve froyo with toppings bars. More on that later.

Whenever we’re in the Cap Hill neighborhood, we usually try to hit up Pho Cyclo Café, which is our favorite Vietnamese restaurant in Seattle. Joe’s a big fan of their Pho Ga (otherwise known as Chicken Pho), which is super aromatic and brothy here, along with their amazing (perhaps the best?) Chicken Fresh Spring Rolls. I tend to lean towards their tofu dishes (I’m a huge fan of tofu!) and usually order their Bun Tofu dish, a “spicy tofu stir-fried with lemongrass and onion served over noodles with vegetables.” YUM. DEEEELISH!

Here’s what we had at Pho Cyclo: 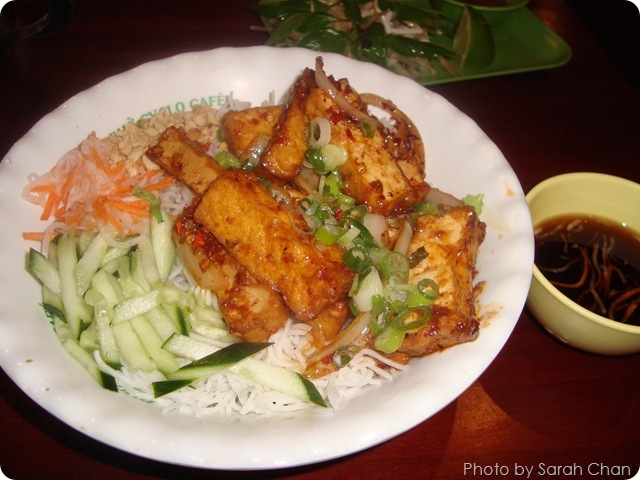 Tofu Noodles (After)… I literally was SO hungry I inhaled this all in 10 minutes flat:

If you live in Seattle, check out any of Pho Cyclo’s 3 locations. Their newest location is at 2nd and Marion, which is actually across the street from my old ad agency. So sad that I’m not nearby anymore!

Now, back to my self-serve froyo obsession. Some background: I didn’t always have an addiction to self-serve froyo. This didn’t happen until the Menchie’s opened up on the top of Queen Anne at the beginning of the year. Since then, Joe and I have gone there probably over 15 times. I go probably at least once a week. 🙂 I love it just that much.

When I heard that Yogurtland had opened up just two nights ago, I figured that we needed to hit it up immediately. What resulted was some delicious froyo! What I find different about Yogurtland than Menchie’s is that they really pride themselves on having the best ingredients, pure, real, and delicious. For example, it’s so real that they even have real vanilla wafers in their Vanilla Wafer froyo. They even have unique flavors like Madagascar Vanilla Bean! Check out their full roster of flavors here.

If I had to compare Menchie’s vs. Yogurtland, I think that I do still like Menchie’s better. Eating at Menchie’s is a bit annoying at times because it’s always inundated with middle/high school kids, but the flavors are just really fun. Makes me feel like a kid again! However, Yogurtland does seem to have a more sophisticated selection of froyo and their toppings bar is much more extensive (chocolate covered raisins? mochi pieces?) So take this into consideration when you have to choose between the two. 🙂

Here’s the interior with the self-serve machines (didn’t get a chance to take a picture of the toppings bar), and the cup that I filled up. I give it a two thumbs up if you’re feeling like froyo and not close to a Menchie’s.

By the way… on those nights when I can’t get to self-serve froyo, I highly recommend So Delicious Coconut or Vanilla Mini’s! SO delicious and only 90-100 cals. Speaking of the Mini’s, I just had this 5 minutes ago. 🙂 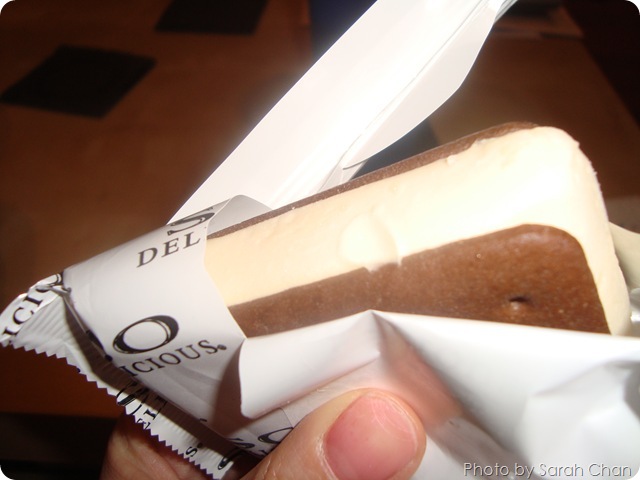