Tonight Joe and I met up with friends for a fantastic dinner at Tom Douglas’ Serious Pie in Downtown. It was a unique night as Chuckanut Brewery from Bellingham, WA was doing a special beer-dinner pairing for a very limited number of guests in the private back dining room of Serious Pie.

This was my first time dining at the downtown 3rd/4th & Virginia St Belltown location. As I may have mentioned before, I work in the popular growing neighborhood of South Lake Union where Tommy D currently has four restaurant concepts within a block radius: Serious Pie Westlake, Serious Biscuit, Brave Horse Tavern, and Ting Momo. I’m quite a lucky gal. 🙂

Tonight’s dinner consisted of three courses paired with specially-selected beers. Joe and I enjoyed the company of two other sets of couple friends — Sarah & James (who heard about this special dinner) and Katie & Kevin. There were also six others that enjoyed the dinner with us including Mari Kemper, owner of Chuckanut Brewery, and Joel also from the brewery. They were all so nice and helpful!

Menu for the dinner:

We started off our night with a starter beer: their pilsner. I loved how crisp and fresh this was. I always enjoy a good pilsner as they tend to be lighter tasting than some other beers. 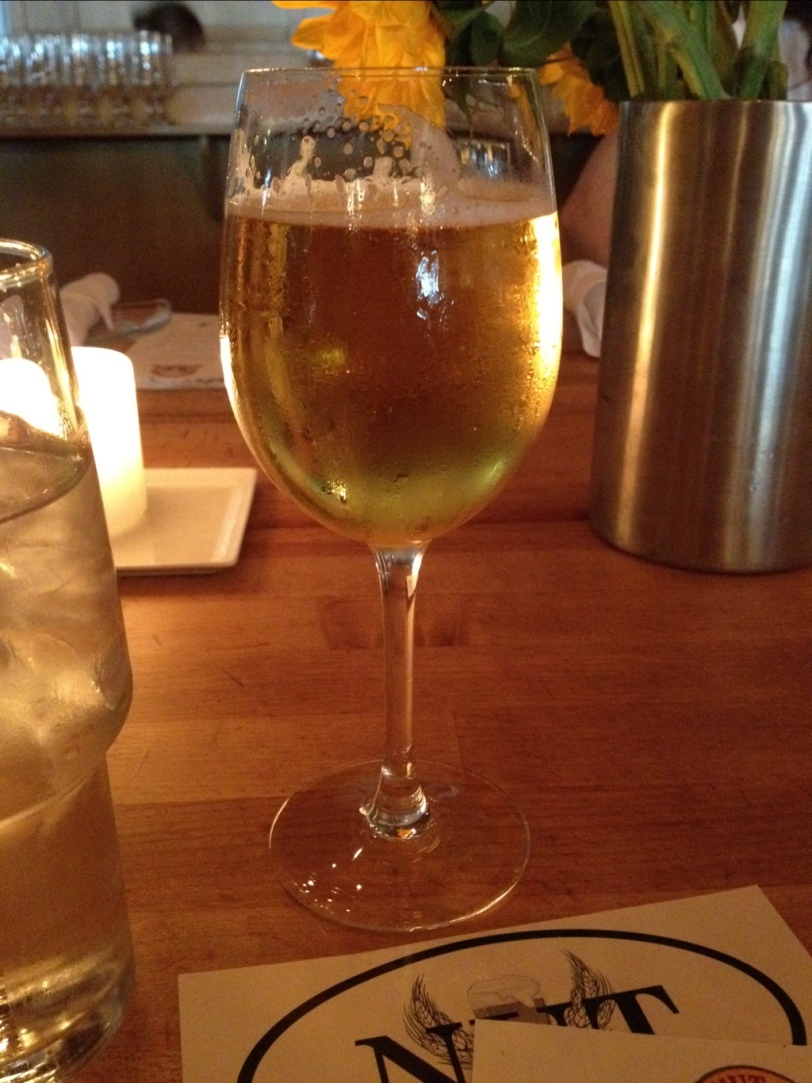 Next up was the British IPA which I absolutely loved! I think that this was my favorite beer of the evening. In general, I’m a big fan of IPAs and I liked how hoppy this was while not being too bitter.

With the IPA came the starter course of a “chicory salad with seastack cheese, lemon vinaigrette, cocoa nibs.” Joe was raving about the salad declaring this amazing. I had never really had cocoa nibs before or chicory for that matter. It was great especially drizzled with the lemon vinaigrette. The IPA went well with the salad.

The second course started with a pour of Chuckanut’s Vienna Lager. I was a big fan of this as well! I think this was Sarah’s favorite. The lager was paired with two different types of pizza: “parm cream base, washington asparagus, house pancetta, sardegna cheese” and “feta cheese, jim’s gravlax, pickled green garlic and arugula salad.” The lager was definitely a great pairing for these two pizzas which had a good hint of saltiness and chewiness, coupled with the deep rich taste of the lager. Yum.

Let me tell you — the asparagus pizza was absolutely divine. That was my absolute favorite pizza of the two and definitely rivaled that of my favorite Serious Pie pizza, the chanterelle mushroom with truffle cheese. Tim Douglas — if you’re reading this can you please add the asparagus pizza to the standard pizza? Or at least make it specially for me? I’d be forever grateful.

Since there were two pizzas split between six people (eight smallish slices per pizza) I was super happy thattey brought a duplicate out for us to enjoy. Win!

After the pizza was the third and last course. My favorite course: dessert!!!

This dessert was so good I was almost at a loss for words. The Chuckanut beer was the Smoke Porter, which had a smoky aroma and taste, perfectly paired with the dessert. Check out how rich and dark it was. 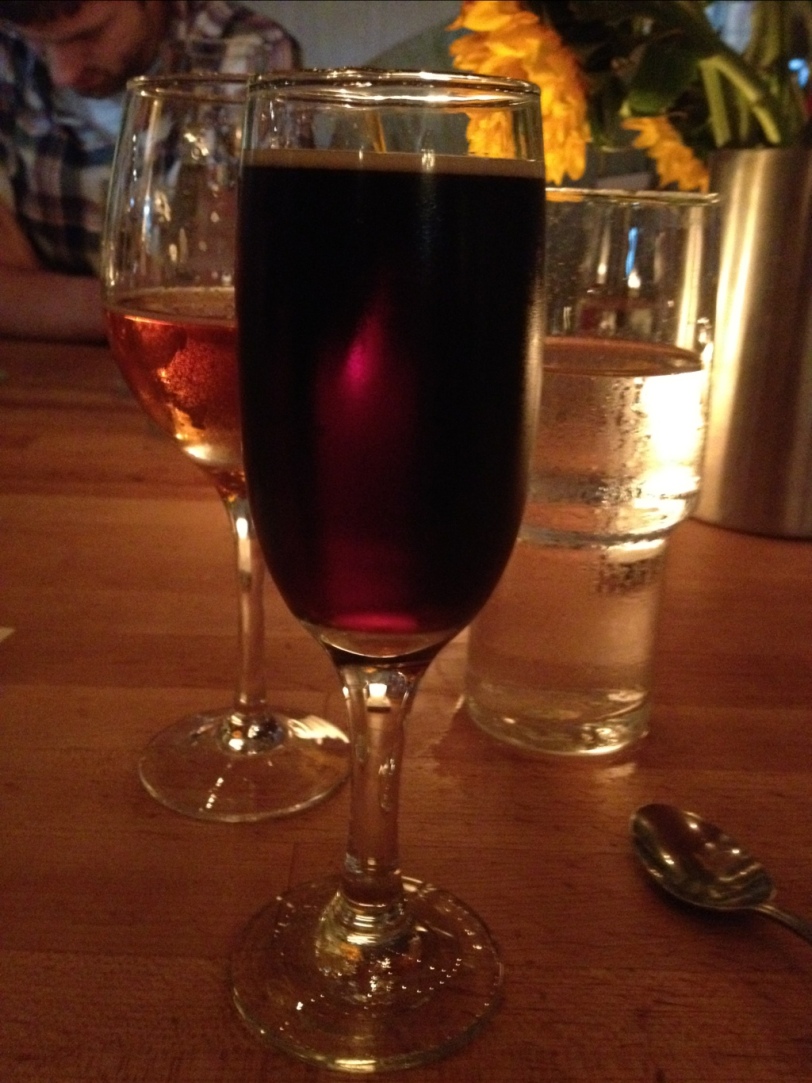 The dessert selection was “chocolate budino with smoke salt and anise biscotti.” It was the first time I’ve ever had a budino which essentially a rich chocolaty dessert with a pudding/custard-like texture. It was topped with olive oil and this perfectly smoked salt that complemented the Smoke Porter and brought out the rich flavor of the beer. The anise biscotti dipped into the budino was SO good.

Some people may think that size matters when it comes to dessert, but this budino and porter pairing was simply perfect. I ate it very slowly, savoring each and every lick of the spoon. So good!

All in all, I was a big fan of this private beer dinner and hope to try out some other dinner events like this in the future. I highly recommend checking out the Tom Douglas site for a calendar of similar events and cooking classes here.