Wow, the past 6 months has been filled with so many races! And I am absolutely ecstatic about it. Here’s another fun race recap for ya!

On Sunday, I decided to do a last-minute registration for the Iron Girl 10K race at Green Lake. My planned long run was 12 miles, so incorporating the race wouldn’t be too much more.

I haven’t done a 10K in years. Actually, the only other 10K I’ve ever done has been the Dawg Dash at Husky Stadium back in 2008. Since then, I’ve been racing half marathons and dabbling in fulls, but haven’t experienced many shorter races. I’d like to after this race.

Speedwork, to be honest, hasn’t been a focus for me during the races I’ve done this year. I’d like to start incorporating some fast, hard, short distance runs into my routine during next year’s racing season. Any Seattle friends want to show me the ropes with running speed play??

The day before the race, I registered at the expo located in Green Lake and picked up my shirt and bib. Being a women-specific race, the expo was very girl power and the shirt a nice lavender shade.

For dinner, rather than the typical big carboload dinner, despite 12 miles planned, I threw together a simple dinner – Annie’s Mac and Cheese and steamed broccoli. Holy yum!! Simple, delicious, and easy to digest. I know you should generally stay away from the fiberful veggies the night before a race, but I had no problem.

The next morning, I felt pretty well rested from the night before having gotten a full 8 hours of sleep. Eating something beforehand, though, was hard. It’s just hard in general for me to have an appetite at 6am in the morning, even though I love peanut butter, chia, and toast.

I got to the race start without too much trouble finding parking. The air was filled with lots of energy! Lots of women ready to race their heart out. The race itself had a 5K and 10K option and both started and finished at the same spot at Green Lake near the community center.

Right before the race start, I lined up near the start and Allison tweeted to me that she was wearing a pink camelbak. To my surprise, she was standing within a few feet in front of me. I was super excited to finally meet her in person. 🙂 She kicked butt at the race, coming 2nd in her age group AND had just run 10 miles prior to the race. Amazing!

What I liked about the race start was that I didn’t experience any tough bottlenecks. The thing I didn’t like about the start was that you had to run through uneven grass for a little bit until making it into pavement. The unevenness of the grassy start made for an awkward feeling start to the race.

As soon as I got on the pavement, I went flying! My goal was to push myself and run faster than my normal long run pace. I kept telling myself that it’s only for 6 miles.

The actual 10K course was essentially two outter laps of Green Lake with a small portion built into the inner loop in the last mile. It’s a route that I’ve run numerous times and walked Lola at. 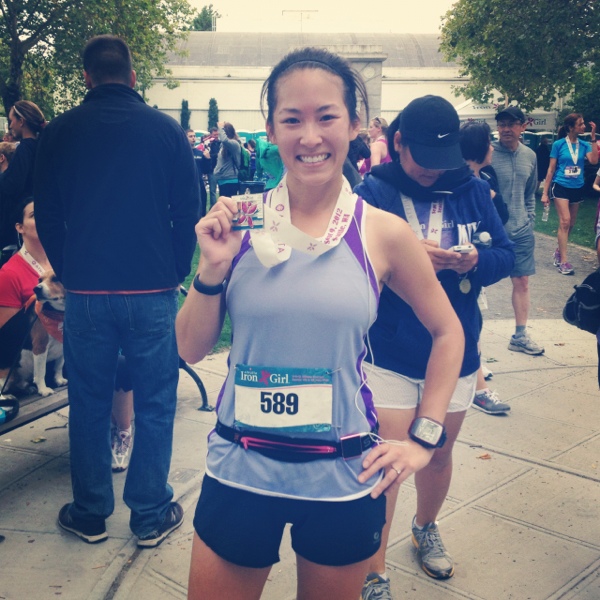 After the race, I met up with Allison and her friend Beth. Love meeting people from the Seattle running blogger community. The two gals know each other from Crossfit and I’ve definitely been looking to try this out. Soon!

The Iron Girl race medal was a nice touch to the race. Races don’t generally offer finisher medals for distances shorter than halves, so I loved this. 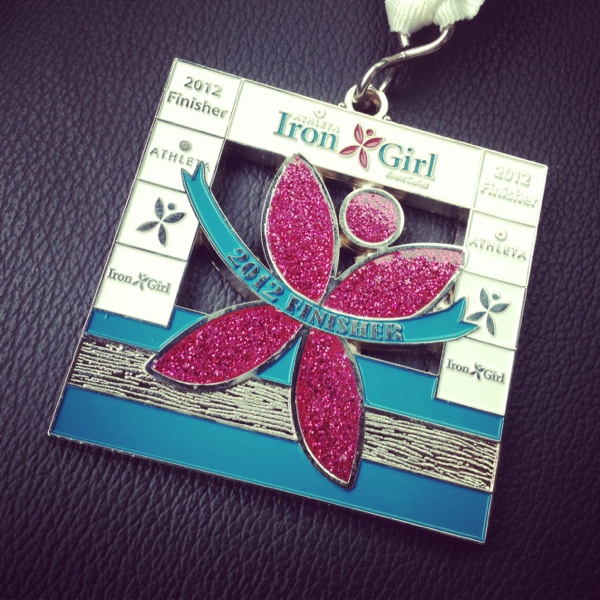 Another shiny medal on the overflowing medal rack. We really need to get another one.

The food box that each finisher got contained some good snacks. I liked the crackers and hummus so far. Dark chocolate square was also good.

After the 10K and after saying goodbye to the girls, I set off to do another two inner laps of Green Lake plus a little more to finish off at 12 miles for the day. It’s getting towards the end of this marathon training cycle. Taper time is almost here! Can’t wait. 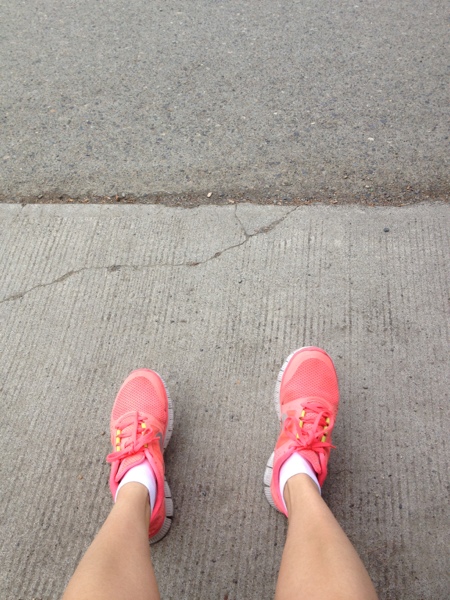 Have you signed up for any new races? Are you doing Eugene half or full next April? You should!! Advice coming from a Eugene hometown girl.