Wow, this past weekend was jam-packed with lots of great food, friends, and fun. Oh, and of course running!

Our good friends, Jay and Lindsay, came up on Friday night from LA to stay with us for the weekend. Per our usual traditional, we just had to hit up one of our favorites, Feierabend, the local German bar in South Lake Union, for delicious German beer and dinner.

If you haven’t been to Feirebend, you should definitely try! On top of a wonderful selection of German beer and an extensive menu, they have these punch cards that you can fill up based on how much beer you drink. Joe has definitely had his share of visits and steins of beer — he’s achieved his own plaque on the wall. In addition, prior to the plaque, he got his own personal stein that gets kept on the famous wall behind the bar. Serious business. 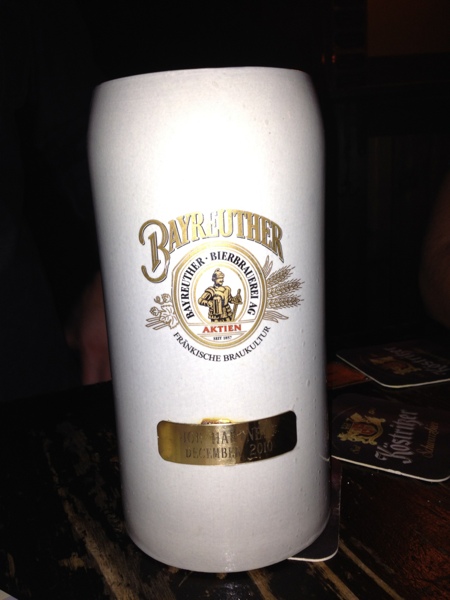 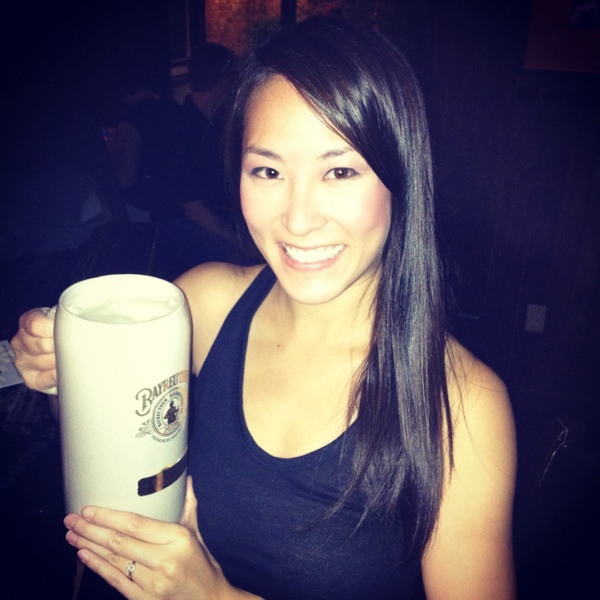 On Saturday, we had a full day ahead! While the boys opted to start tailgating for the UW Husky football game bright and early, Lindsay and I had important business to take care of. We headed to the Mobile Food Truck Rodeo held in South Lake Union. I had won a VIF (Very Important Foodie) pass through a Twitter contest and Lindsay also got a ticket — with this pass you get early, private admission to over 40 food trucks for two hours prior to the general public. 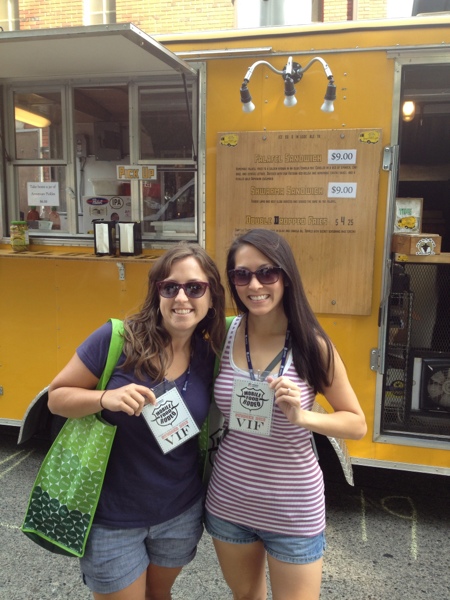 You should know by now that I am in love with food, so being in food truck heaven made me a very happy girl.

What I liked about the VIF pass was the ability to beat the crowds that typically every food truck has during the general public hours. I’ve been to the rodeo before and it’s typically a very long wait for most of the popular trucks. With the VIF pass, we had nearly zero wait, even at Skillet!

I started off with with a Pork Belly Hum Bao from The Box, an Asian Fusion food truck that was new to me. They’re typically on the Eastside, except for during these special events. While the portion size was small, I was super happy as the slow-braised pork belly was super succulent and the steamed bun perfectly soft. 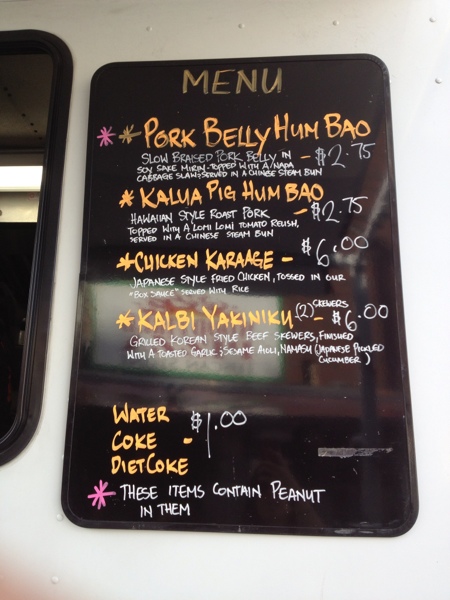 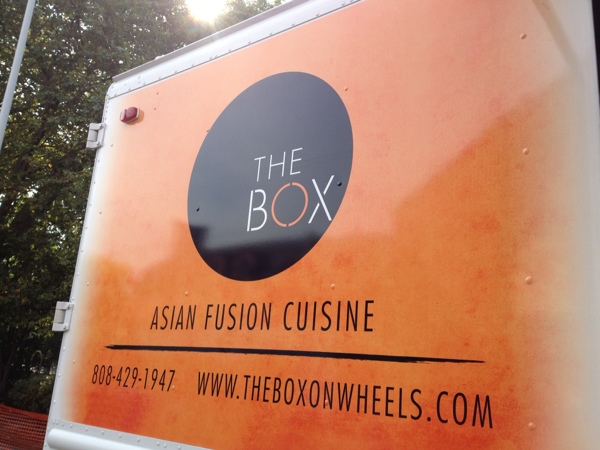 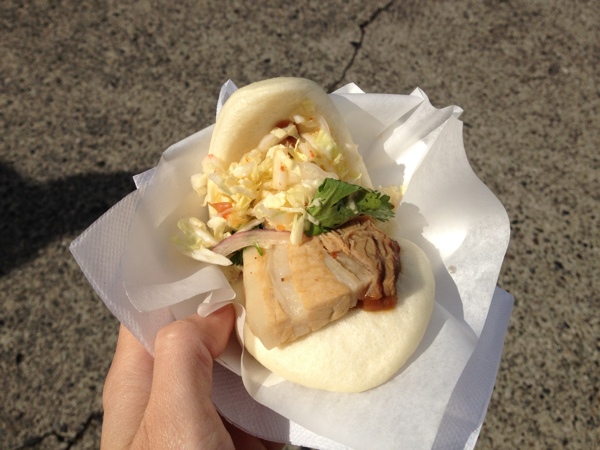 Next up was one of my favorites, Skillet. They’re a very popular food truck-turned-diner in Seattle and I absolutely love eating at their restaurant. Their food truck typically has extremely long lines during lunch. This time, Lindsay and I were the second people served as soon as they opened up. I considered ourselves lucky. Since I wanted to try multiple trucks, I stuck with a small poutine. I am in love with poutine, especially theirs despite the lack of cheese curds (cheese sauce and gravy is still amazing!) 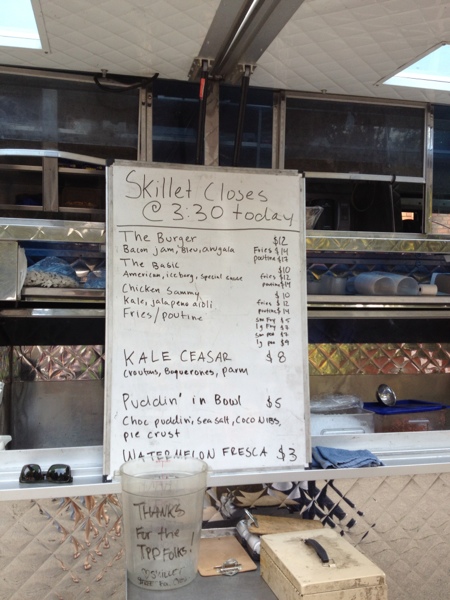 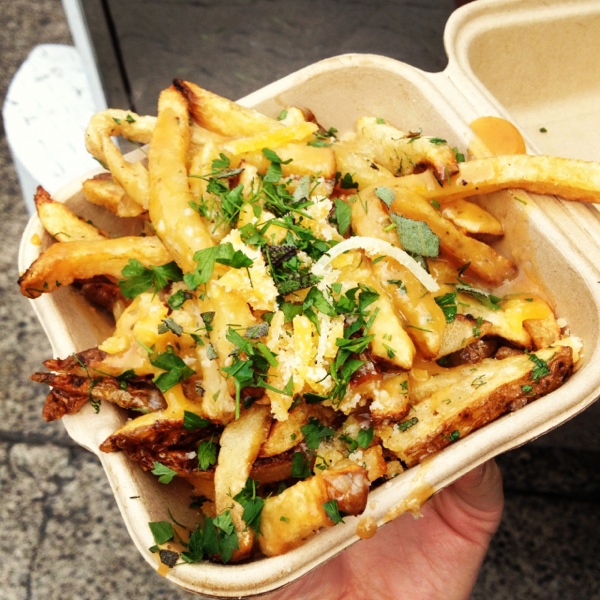 See how short the lines were in general?

Where Ya at Matt? is another popular food truck in Seattle. They make a mean po boy and other Creole specialties. Didn’t have it this time around, except for a bite of the perfect beignets that Lindsay got. So amazing.

Trophy Cupcakes is a wonderful cupcake shop in town. While I didn’t get a cupcake this time around, they did provide a free cupcake voucher for all VIF badge-holders. Score! 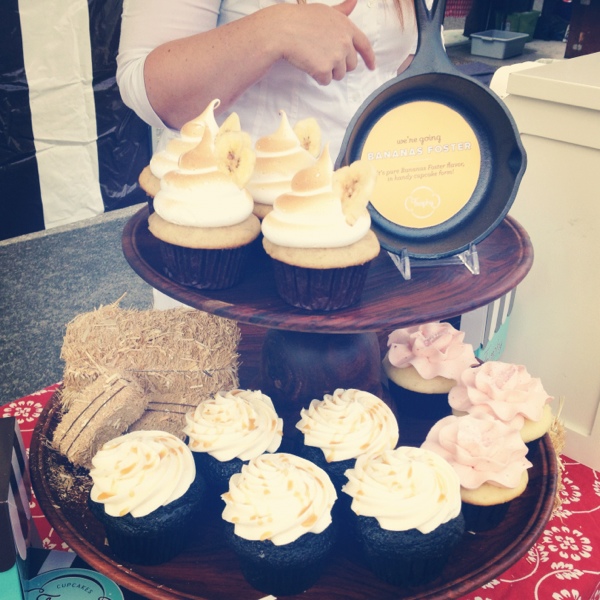 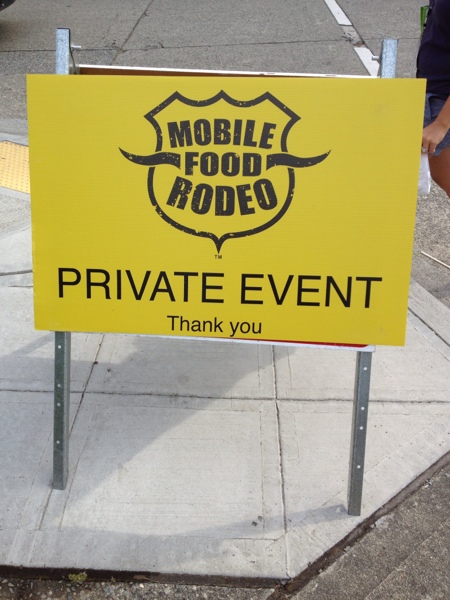 As a VIF, we also got $15 credit on Levelup, an awesome mobile payment app that some of the food trucks accept in lieu of cash or card. Scored a free Kalua Pork Sandwich for Joe (unpictured) from Fusion on the Run which was eaten at the UW game.

Last but not least, to make my sweet tooth happy, I just had to have a homemade ice cream sandwich from Sweet Treats. You get to choose both the type of cookie and ice cream. I believe my cookie was chocolate chip macadamia nut with vanilla ice cream. What can I say? I was preparing for my 20 mile long run the next day.

After the ice cream sandwich, I was sufficiently content and happy full of food. We Ubered our way over to the tailgate where the boys had been the past couple hours.

Lindsay and I continuing our fun.

Football games are always so much fun! 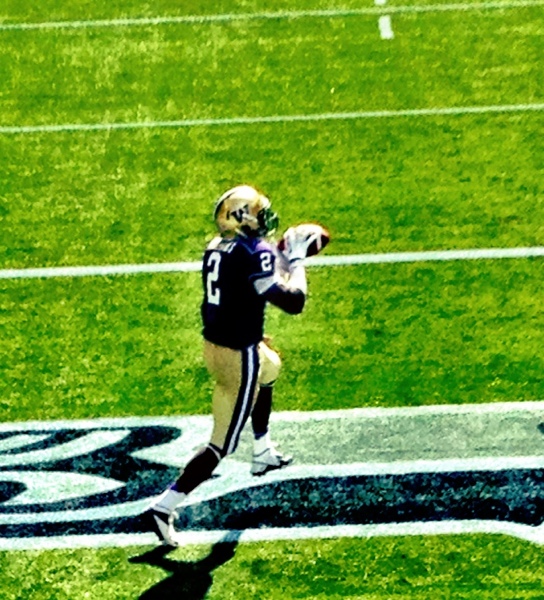 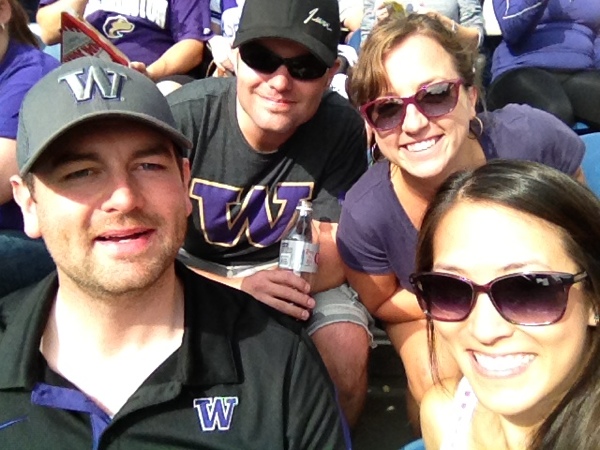 Have you heard of pickleback shots? It’s a shot of whiskey and then chaser of pickle juice. Since I was planning on my 20 mike long run the next day, I stuck to beer and the occasional pickle juice shot. Umm, yes. Others loved the picklebacks.

The next day, Sunday, I woke up later than usual, around 8:30am or so to eat my pre-run breakfast of toast with peanut butter and chia seeds. I went back to bed for a while before getting back up and readying myself for the run.

For the hydration piece, I wore my trusty Nathan Intensity Hydration Vest and filled it with Nuun Strawberry Lemonade. In terms of apparel, I had just received my new Oiselle Simplicity Tank in Fresh Green so was super excited to wear it during my last LONG long run of marathon training. On the bottom, I wore my trusty Oiselle Roga Shorts. Love! 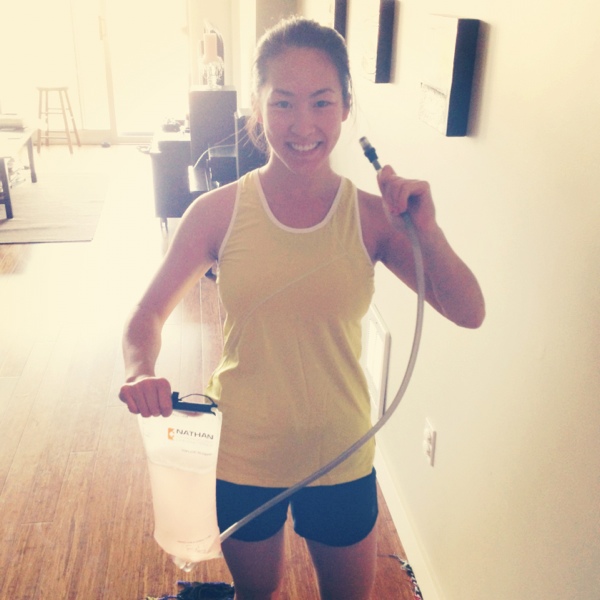 For my 20 mile run, I ran basically the same route as last time. Starting from Eastlake, I ran down Lake Washington Blvd past Madison area. Once I got to Seward Park (~8 miles), I ran a lap around it (~2 miles) and then ran back the way I came. Total: 20 miles in 3:14.

I tried the Hammer Apple Cinnamon gel and was very impressed by how delicious it was, just like apple pie. The ingredients listed cinnamon and apple juice. No wonder it tasted good, natural ingredients! 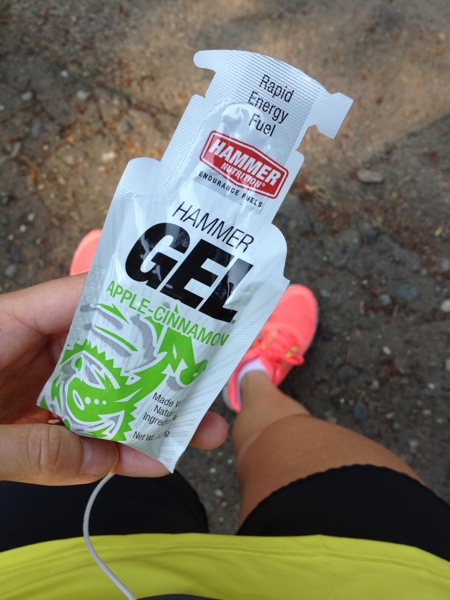 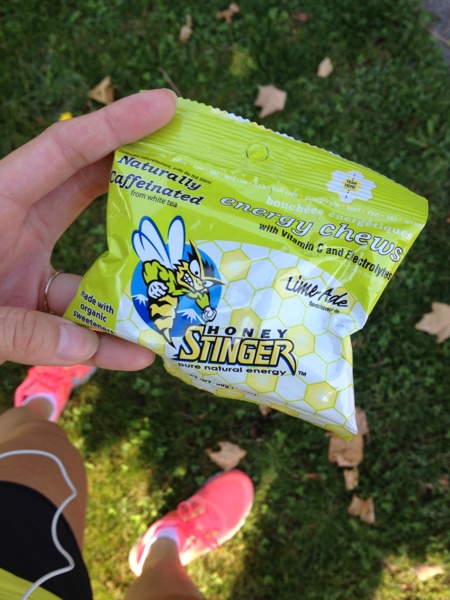 This is the memorial bench for Kurt Cobain next door to his old house.